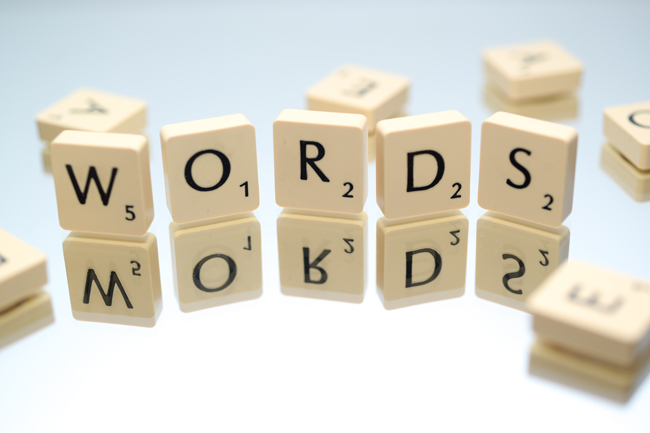 He was clearly old enough to be my grandfather. The gray hair and the deep lines of his face spoke volumes about the journey of his life. He was an unassuming but sturdy man, someone you wouldn’t necessarily notice in a crowd.  His eyes, deep set and dark, hid the memories of years gone by; years filled with pain, confusion and faith. He sat across from me as he began to tell me his story.

For fifty plus years he had struggled with his identity as a man and his battle with same gender attraction. Beginning with his tenth birthday he recounted his attractions towards others boys and men.  He didn’t know why they were there. He didn’t ask for these attractions, and he certainly didn’t want them.  There were moments when he felt embracing his attractions would be an easier path, but years of reading and believing the Bible as truth, going to church, and loving God seemed to prevent him from making such a decision.

As he grew into a young adult, he met a beautiful and loving woman and they married.  He thought that maybe a constant companion would rid him of the haunting feelings and desires for men. At first it did.  He was a good husband, father, and provider, but soon his job took him away for business trips to places near and far, places where he was alone.  Soon the old feelings emerged, unwanted, but real. He would still faithfully read the Word, pray and ask God to remove the “thorn” from his flesh, but his prayers only seemed to go as far as the ceiling and seemingly unanswered.

One night, far away from home, he was sitting in a hotel lobby and a young man struck up a conversation with him. He thought nothing of it, but soon the conversation took on a different direction. The young man invited himself to the older man’s room and he didn’t refuse. That night began decades of acquiring male escorts while out of town.

Fighting back tears, he shared: “Most of the time nothing sexual would even happen.  I simply wanted a man to hold me, lie with me, and want to be with me.  I wanted a man to tell me I was a man and that he loved me.”

He continued, “For seventy plus years I have longed to hear my father say, ‘I love you son. I am proud of you.’  But that was never said.  No matter what I did, no matter how well I did it, not once were those words ever spoken.”

I will never forget the conversation with that stately gentleman. What he and so many men desire is not a sexual encounter or a cheap thrill, but a genuine affirmation of who they are as a man from a man and more pointedly, from their father.

It is not just the heart of a same sex attracted man who longs for these things; it is the heart of every man.  There is something powerful in the words of men spoken to men. It is why we see patriarchs and prophets of the Old Testament blessing their sons and why we see battles and rivalries fought for generations when those blessings are stolen or misgiven.

Sitting in an office or at a coffee shop I have asked hundreds of men and women, “What would you like to hear from your father that you never heard?” The answers were different, but all would easily fit under the response of my mature friend – an expression of love. Surprising to some, not one wanted more things, but all wanted more of their fathers.  Here’s what many said:

“I would love for my dad to tell me…”

“…I will never give up on you or desert you.”

“…I love Jesus and want you to love Him too.”

These aren’t hard statements, but they must be heartfelt.  They are not to be stated once in a birthday card and then never said again. They are to be repeated like morning coffee, day, after day, after day.

When done well, these words form the immovable foundation upon which a person builds a life.  When done poorly or not done at all, their absence becomes the arrows of the accuser to deceive, distort and destroy lives, futures, families and faith.

As simple as the above statements may be, communicating them can be daunting. In our fallen world, many fathers didn’t have a father who communicated those truths to them.  With the best of intentions and an honest desire to care for their families, many a dad sold their birthright and blessing much like Esau (Gen. 25:29

), for a bowl of soup.  They worked harder to give more, only to find they loved the affirmation they received from their peers more than their own families. They worked longer, made more money, gave more gifts, and hoped it would somehow make up for their lack of presence. It never has and it never will.  The truth is we can’t give away what we never owned.   Most men today wonder they are not just posing — not just trying to hold it all together one more day – hoping that no one sees that they don’t feel like real men.

The Bible records that it was important for even Jesus to receive a blessing from His Father as Matthew 3 states,

“16 And when Jesus was baptized, immediately he went up from the water, and behold, the heavens were opened to him, and he saw the Spirit of God descending like a dove and coming to rest on him; 17 and behold, a voice from heaven said, “This is my beloved Son, with whom I am well pleased.”

If you are a father and have never had the blessings of your earthly father, I pray you would allow the heavenly Father to speak the blessing of Matt. 3:17

over you.  Receive it into your heart, for He loves you enough to give His own life for you (Jn. 3:16

).  Listen for the voice of the Father singing in delight over you (Zeph. 3:17

) and know that He loves you deeply.

Purpose to speak the above blessings over your children often and with intentionality.  Spend time with them.  Get to know them. Discover their passion. Be the greatest authority on who they are in the world so that no one knows more about them than you!

My mature friend finally got to hear the words of His heavenly Father speak deeply into His heart. He finally received the much needed affirmation and love He searched for all his life. As he journeyed towards eternity, he was content in knowing God loved him and was singing in delight over him. He finally received what his earthly father was unable or incapable of giving.

But no one should have to wait seventy plus years before they feel like they are a man, good enough, strong enough, loved and adequate.  No one has to.  God is calling out a generation of Fathers who are seeking what they didn’t receive and then giving it eagerly, enthusiastically and passionately to their children.  They are making the sacrifices of comforts and pleasure for company and passion of their children. They are speaking words of life and truth into the hearts of their children. They are building foundations that are immovable and grounded in love – God’s love and their father’s love.  Will you join them?