A young man entered my office. From all appearances he was just like every other young man you might meet in church on a given Sunday morning: well groomed, articulate, charming, polite, bright eyed and married for ten plus years with a young child. As he began to share, he told of the sordid double life he had lived for most of his adult life. Periodically, he would randomly, and generally anonymously, hook up with men he met online. As time went on, his addiction grew stronger and his need for male affirmation, attention and affection grew into an insatiable black hole.

His wife had discovered his addiction and problem with homosexuality earlier in their marriage and confronted him, and he had promised to stop ” but he didnt. Actually he did not feel he could. The double life he continued to live was now caving in on him and he was overwhelmed with feelings of genuine love for his family and an unquenchable desire for men.

Men have an incredible ability to compartmentalize our lives. We can live in multiple worlds at the same time ” or so we think. At times it is good: We can have a horrible day at work and walk in the door at home and leave the work at the office. Most times it is not so good: our detachment eventually cannot be managed and our separate worlds collide with repugnant catastrophe. Such was the case with my young friend.

As we explored his struggle, I explained to him that though we are certainly driven by feelings that are real, genuine, and often times overwhelming, we, as humans, have one very significant advantage over the rest of Gods creation: we CAN choose how we act. This ability to decide and choose is the one of the hallmarks of what it is to be truly human and made in the image of God. Other animals in Gods Kingdom do not have such an option. When a male dog catches the scent of the pheromones of a female dog in heat, he instinctively has one response ” he is singularly focused on mating with her. He truly cannot help himself. His body and mind are captured by deeply coded instinct to reproduce and he will forgo food, water and even physical health to accomplish his desire. Humans are not so predetermined. Granted, addictions can certainly seem compelling in the moment and our bodies and even our neurophysiology would pull us in the direction of fulfilling our desire, but the mind of a human is a powerful, God-created, thing. Humans always have choices.

To help illustrate my point I asked him to imagine this scenario: You are sitting in one chair in my office and Jeffrey Dahmer (a serial killer) is seated in the other. I hand both of you a large knife and begin to call you names, speak ill against your family, verbally assault you and make you ever-increasingly angry. I continue to do this for an extended period of time. 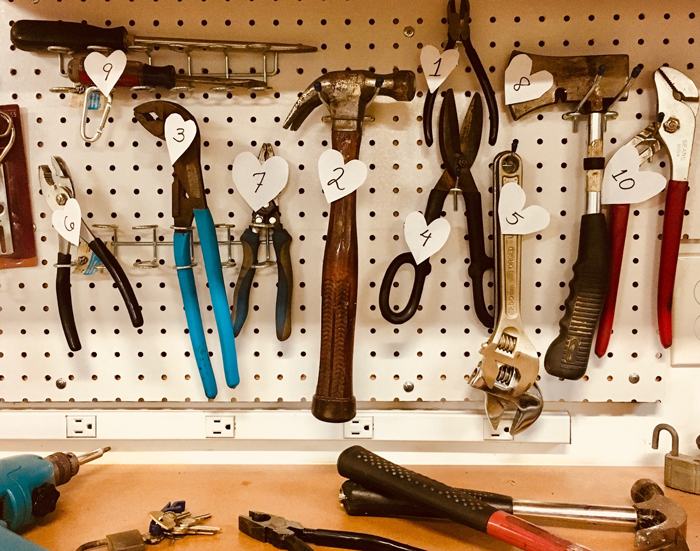 I then asked him, Who should I fear would kill me, Jeffrey or you?

His answer was quick and confident, Jeffrey!

Well that is easy. Jeffrey is a killer. He has done it before and he will probably do it again.

My young friend was correct. What he was really saying is that somewhere in the life of Jeffrey Dahmer, he had learned that when people make you mad or dont do what you desire, an option for dealing with that discomfort is to kill them. Murder was an option for Dahmer.

I then asked, But why should I not fear that you would kill me?

He quickly replied, Because I dont kill people.

Again, my young friend was correct. Something in the course of his life ” perhaps his upbringing, environment, parenting, or religious beliefs ” taught this young man that murder is not an appropriate way to deal with interpersonal conflicts. He had removed the option of murder from his toolbox of coping mechanisms and it was no longer an option for him, no matter how difficult, uncomfortable, or angry I might have made him feel. Murder was simply NOT an option.

I applauded his wise choice and felt relieved and a bit safer as we continued our discussion. My point of the simple exercise was to help him realize that we all have amassed a toolbox of options we choose to use to cope with the difficulties of our lives. Basically, we have filled our toolbox with tools. Those tools are unique for each individual, but they are learned from a very early age and are expanded as we grow and mature. Some have the tool of overeating in their toolbox, while others, like Dahmer, have the tool of murder. Still others might have anger, physical violence, cursing, lying, running, exercising, reading, sleeping, shopping or a myriad of options. For my young friend, he had chosen a tool of sexually acting out with other men as his tool of choice.

And much like a real toolbox sitting in our store room, whichever tool we use last seems to be at the very top of the box! My friend had been utilizing the tool of sexual acting out with other men to deal with angst in his life ” the deep feelings of loneliness, lack of connection with other males, and his desire for attention, affirmation and affection from masculine men. Each time he felt these longings he reached into his toolbox and grabbed the tool on top, and acted accordingly.

My young friend did not choose to murder me because the murder tool had been removed from his box long ago. In much the same way he would need to very consciously remove the tool of acting out from his tool box. He had to mentally remove the option if he ever wanted this addiction to cease.

Would this be an easy task? Absolutely not. His mind, body and soul would certainly crave the things he had fed for so very long, but he could make the choice to remove the acting out tool from his toolbox of options.

Suddenly the light came on for this young man. He had never given thought to truth that he did not have to act out. He had so strongly identified himself by his addiction, that the idea of acting in some other way was truly foreign to him.

As he began to walk out this new reality he discovered there were other tools in his toolbox ” tools that he did not see or use because his default was the acting out tool and it was on the top of his toolbox. He found he had tools of prayer, fellowship with others in community, bible reading, worship, praise, running and exercise, and many others. His toolbox was full of other options, but options that had been hidden because of the frequency of using of his acting out tool.

The mind is a powerful thing and even modern science has only scratched the surface in understanding its complexities. The Bible is clear that the faith to which God calls us is not merely theoretical and abstract, but something we are called to think about deeply with all your mind and heart and with your entire being and with all your might. (Amplified Bible, Deut. 6:5

So what is in your toolbox? It might just be that you need to remove some old tools and consciously place them on the altar of Christ. When you do, you will likely discover a lot of other tools you can use to cope with the stressors, difficulties and feelings of angst in your life. These tools will not bring dishonor and more shame, but instead honor and glory to God and peace to you.