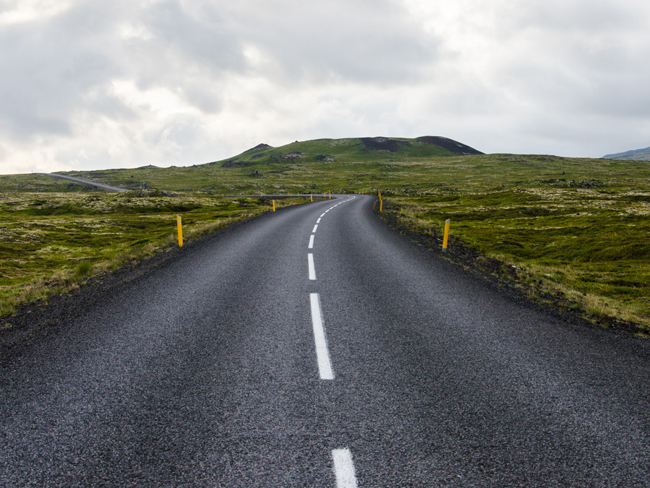 I grew up in a Christian home with great parents and an older and younger brother. I got saved when I was five and was raised with a firm foundation in Scripture. I was always in church and I grew up in a pretty legalistic setting. My family never really showed affection and definitely never showed emotion. I was reared with the understanding that emotion is weakness and any emotion expressed in relation to God was really just someone trying to get attention. As a result, I never learned how to have healthy connection with people or experience and express emotion. I had a huge gaping hole of need in my heart that I had never acknowledged or even knew existed because I had built walls around my heart. I would not be able to recognize this problem until later when I investigated the roots of some super emotionally dependent relationships I had. I gained affirmation through achievement in school and in sports, and I went off to college with plans to be a lawyer.

However, God had a different plan for me. My sophomore year of college, I joined a Christian sorority and became friends with a group of girls who had tons in common with me. We all loved Jesus, intramurals, music, and hanging out together. Around this time I felt like God was telling me He didn’t want me to go to law school (I had already taken the LSAT and everything), but that He wanted me to go to seminary. He didn’t tell me what for, but just that I was supposed to go. Ironically enough, it was at this time that several girls within my great group of friends started coming out about their struggles with lesbianism. A lot of my friends, my boss, the girls on my college’s soccer team for whom I led a bible study; seemingly everyone came out or was found out. I was surrounded by different women in my everyday life who were either lesbians or struggling with it. In high school I didn’t even think you could be gay and Christian, but God certainly opened my eyes to the fact that Christians can struggle with homosexuality. That realization completely transformed my life. For the last eight years as I have walked with my friends in their struggle against their flesh, I have never learned more about Gods grace, vulnerability, accountability, true denying of ones self, my own brokenness, true communion with God, compassion, authenticity, and on and on and on I could go.

While I was walking with my friends in college, even though a lot of them were trying to get out of this sin cycle, there was still a black cloud of sin that loomed over my group of friends. While I never had lesbian desires or attractions, my walk with the Lord suffered greatly. I became emotionally dependent with my best friend, I started partying a lot, and I was all but dead inside. All of this happened while I was trying to help my friends. Needless to say, none of us were doing anything but helping each other sin. My huge emotional deprivation reared its ugly head as the walls to my heart had finally been breached by someone. And I was in serious need of help. I know that it was truly Gods hand protecting me that kept me from ever falling into lesbian temptation myself.

I came to LHM in 2006 because by that time I had figured out what God was calling me to and was starting to come to grips with it. Growing up I had never answered the question of “What do you want to be when you grow up?” with the response of “Work with same-gender attracted women who don’t want to be same-gender attracted.”  But there was this deep abiding passion and calling that was welling up inside of me that there was no denying. God showed me through multiple avenues that this was exactly what He had called me to do, and there was no talking myself out of it. I began seminary and LHM at about the same time, but I had no idea what God had in store for me at LHM. I thought I was coming to help learn how to minister to others while God was saying, “No actually you’re completely unhealthy and I want to deal with you.”

In my time at LHM God has ripped the emotional dependency out of my life and taught me the roots of why I became so ED. I separated myself from that relationship for a long time in order to let God heal those wounds. I have learned how unhealthy I have been my whole life, and I have learned ways to practically work on having healthy relationships. I have finally come to an understanding beyond theology of how much God loves me, and I have seen how I have tried to use people and accomplishments in the past to achieve a sense of self-worth. I have been learning how to have healthy relationships and have been able to develop many.

It is truly incredible how much healing God has done in my life, and I am completely undeserving of it.  I came on staff January 1, 2009, after I graduated from seminary. I am thrilled to learn and grow as I walk with everyone here, and I am grateful to be afforded the opportunity to do that which I am passionate about and called to do, right out of school. I look forward to God growing the women’s ministry and using me to walk with our wonderful women here at LHM. Please pray for me as God has me here, and know that I will be praying for all of you.