Connecting To The Sensitive Son

He’s a wonderful young man.  His teachers think well of him and he is a delight in their classes.  He is a good kid.  His mom and dad never have to fear a teacher conference for they know they will be met with accolades and congratulations for raising such a fine boy.  But as dad listens to the praise of his son he wonders why he has such a tough time connecting to his gifted and talented son. He thinks his son is different.  He doesn’t really know his little boy, but mom does. She’s deeply connected to her son and she seems to get him in ways dad does not.

It is not that dad does not try to be connected to his son.  He certainly does.  In fact, dad can recount each time he invited his young son to do something with him:  pitch ball in the front yard, go on a fishing trip, join him for an early morning hunt, assist him in the garage as he works on the family car, watch the Monday night football game and so many more, but always with the same response: “No thanks dad!” 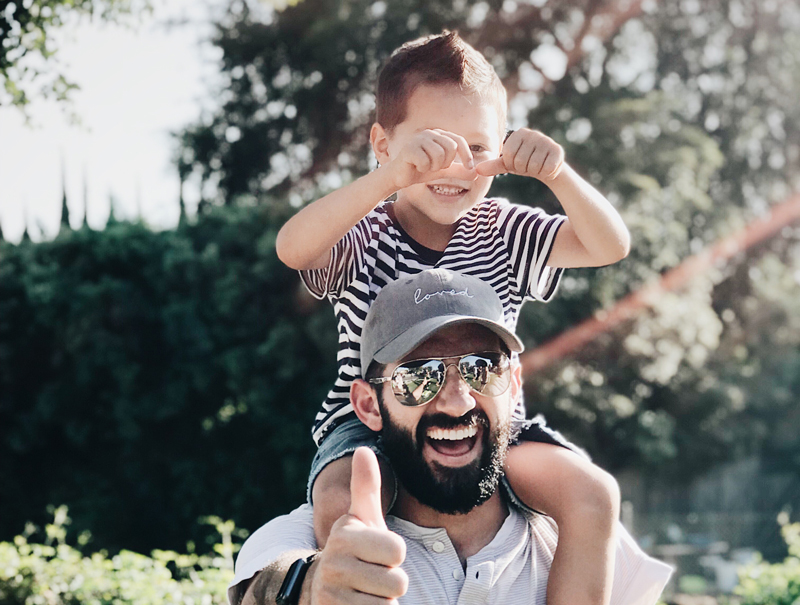 In many ways, dad feels like he is an outsider in this son’s life, watching from the sidelines as his little boy lives in what seems to be another reality, a different world, and a foreign land to the dad.  Dad does not like this reality, but he doesn’t know what to do to make it different.

The truth is, there is nothing wrong with the son or the dad.  This dad simply has a sensitive son and dad is more likely rough and tumble.

Rough and tumble men tend to express their emotions in physical ways.  This is most readily seen in their early childhood.  When happy, a rough and tumble boy might jump up and down or roughly hug his mom, little sister or family pet.  When angry, he might punch a hole in the wall, throw and break his favorite toy or hit someone.  If excited, he might tackle his sister, kick the cat or swing from the chandelier in joy.  Rough and tumble boys grow up to be rough and tumble men and though they learn more constraint in the personal expression of their emotional feelings, they are still drawn to the physicality inherent in games like football, basketball, baseball and soccer.  They can still punch a wall, break a possession or spin the wife wildly in the air.

The difficulty is that rough and tumble guys have a particular way of communicating.  They tend to be matter-of-fact in their communication and their words centered more on actions and results than on feelings and emotions.

This is not the language of the sensitive son.  Sensitive boys see the world with acute and magnified vision.  It is as though they have a giant magnifying glass attached to the lens of their soul.  Everything that happens near them, to them, or around them, they experience much more profoundly than their rough and tumble counterparts.  Though deeply concerned with truth and facts, they are equally fascinated by emotions and feelings and often communicate in more emotive terms.  They often view life as one large integrated reality with each individual part only contributing to the greater symphony of beauty and tragedy that is life.  They often believe they have been created to impact the world around them in profound and powerful ways.  They are also generally very gifted and talented young men.

When a rough and tumble dad tries to engage with a sensitive son, it’s like the collision of two different cultures with radically different languages embarking on negotiations for which neither has been provided a translator.  Frustration, aggravation and isolation are often the result; each feeling the other is not truly trying or engaging in real intimacy.  It is exhausting and in some cases, hurtful for all  involved.

I’m often asked by dads what can a dad do to bridge this gap, to navigate these uncharted waters and find real connection and intimacy with their sensitive sons.  Of course, there is no pat answer that works for every situation.  But after working for more than thirty years in ministries helping folks build stronger relationships, I do have some suggestions:

1. Be the man of God you have been called to be.  Your congruence of faith and life is paramount for you to have credibility with your son. You must live what you say you believe.  Your deep and abiding relationship in Christ will be intriguing to your son.

2. Tell him that you love him often and specifically.  Your words are the most powerful words in his life.  He needs to hear “I love you” and not simply when he is doing something good.  He needs to know you love him simply because he is a gift from God given to your care.

3.  Spend one on one time with your son and look him in the eye when you communicate with him.   Date your son.  Designate one day a week or every few weeks to go to dinner together, go for a hike, or visit a museum where just the two of you can communicate.  He doesn’t need a lecture in these times, but is looking for someone to hear his concerns and dreams and affirm his life.

4. Love his mother and his sisters (should he have any) deeply and gently.  Because he is closely connected emotionally to these significant women in his life, your care for them communicates your sensitivity and awareness of people he greatly values.  If there is disharmony between his mom and you, he may be inclined to take her side and take up her cause.

5. Story your life with him so he knows who you are and how you survived life.  These boys love a great story because to them, all of life is a grand movie in which they are a principle player.  Let your son know specific things you went through at his age.  Share your successes, but especially your failures. He needs to experience you as a hero, but also as a real person who has traversed the path he now travels.

6. Be vulnerable and not invincible.  Life is hard and though I don’t believe you should share every detail of every difficulty with your young son, he does need to know when you are having a tough time.  Invite him to pray for you and be sure to share with him how those prayers are answered or how God comes through for you in those difficult times.  Because of his sensitivity and perceptiveness he will know something is up.  Sharing, appropriately, what is going on relieves his anxiety and invites him to proactively participate in life with you; valuing him as a “man” as he joins you in prayer.

7. Learn to say, “I’m sorry” and “I was wrong.”   These simple words communicate love and value.  We all make mistakes and when we admit them, repent of them, and move forward, your son learns a valuable lesson in life:  how to fail without being a failure.

8. Affirm his God-given gifts even when they are different than yours – in fact, even because they are different than yours.  Your son is unique just as you are.  He needs to know that his uniqueness is not “weird,” “gay,” or “freaky,” but the special way that God has gifted him to contribute to God’s glory in the world.  He needs to know you approve of his gifts/talents and value him as a man as he walks in those gifts.

9. Verbalize your admiration of him early and often.   Let him know you are proud of him. “I’m proud of you,” are life changing and life-giving words to every young man.  Your verbalization of his good deeds and kind heart lets him know he meets and/or exceeds your expectations and you value him.

10. Become interested in the things in which he is interested.  Invest deeply in his passions even when they are not your passions or interest.  If he loves ballet, learn what a pirouette is.  If he loves architecture, read some books on architectural styles and be able to identify ionic columns or Frank Lloyd Wright design.

11. Listen more than you talk.  Though he wants to hear from you he longs to know he is truly heard by you.  Reflect to him the things he is telling you to be sure you are hearing him correctly.  Make yourself notes of important events, dates, and things that he particularly likes/enjoys.  Check on those events or ask about those things he loves.

12. Let him know you are thinking about him when he is not around.  Nothing speaks you are important to me than to know that you are on someone’s mind when you are not present with them.  Take a picture of something you see that you think he would like and text/send it him.  Text him at unexpected times that you love him and are praying for him; you are proud that he is your son.  Buy his favorite gum, candy, comic book, author, or video game and give it to him, “just because you are my boy and I love you.”

13. Let him see you cry or at least see that you have real emotions.  He needs to know you have a heart and especially one that loves him.  Let him know your dreams and hopes for him, and let him see how passionate you are in your love for him and your family.

14. When giving correction, always begin with praise for what he is doing right before telling him about what he needs to improve.  Because of his sensitivity and tendency for perfectionism, he will always hear correction like it is being shouted from a megaphone.  Subtlety is king here, so a little goes a long way.

Sensitive boys are a gift from God who has given them the ability to impact the world for the Kingdom of God.  The devil is aware of their potential and wants to kill, steal and destroy those possibilities. Don’t allow the evil one to speak lies into the life of your son.  Connect with him, love him, and impact the Kingdom for good and for God!

Ricky Chelette is Executive Director of Living Hope Ministries and is an ordained minister at First Baptist Church, Arlington, TX