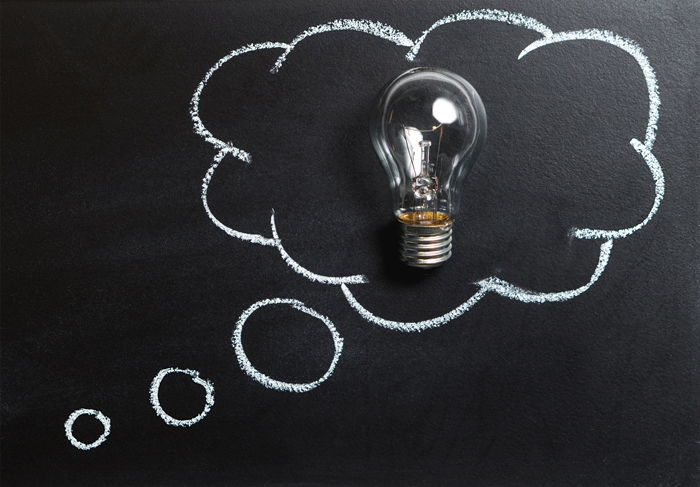 “You don’t understand. I have felt like this since I can remember. I simply feel that this is the way that I am.” Without fail, almost everyone I talk to would say they didn’t choose to be same gender attracted. They cannot remember a moment when they made some intentional decision to like someone of the same gender. It simply happened.  I don’t doubt their statements and I understand their sentiments.  But if we are going to be honest about this subject, we have to separate feelings from truth and the way we think.

Feelings are something we can’t control. They are those sensations you have in your body when you are alone in your room late at night and you hear something at the door that suddenly awakens you from a deep sleep and invigorates your body’s senses and causes you to be instantaneously wide awake.  It is that amalgamation of emotion that makes you feel butterflies in your stomach or utterly giddy when you see someone you are attracted to.  It is that inexplicable draw towards the puppy in the pet store window with the droopy dark brown eyes that is in the corner by himself while the rest of his siblings are wrestling. It is the compulsion to action that arises when you see someone stumble and you reach out to grab them to prevent a fall.  Feelings are crazy things that well up in us in a moment, can be gone in a flash, or linger for a lifetime.

Feelings are inextricably tied to emotions and emotions are tied to circumstances and ways of thinking that illicit a reaction from us as they associate themselves with past hurt, joy, pleasure or pain.  Emotions and feelings are not evil, not at all, — we are created to feel, experience emote life, but they can be deceptive if not weighed against something more stable, immutable, and unchanging — truth.
So if we can’t completely trust our feelings and they can lead us astray, how then do we know what is true?  This is the very question Pilate asked Jesus as Jesus stood before him about to be sentenced to death. Pilate knew there was something special about Jesus, but did not know God and, therefore, did not understand Christ. His interaction with Jesus is a haunting dialogue of man devoid of truth and wrong thinking when The Truth was standing in front of him.

We all have to answer the question Pilate asked, “What is truth?” And honestly, each of us has already answered it.   You may be reading this and you would say you don’t have a belief in God.  You may be right. But you do believe in truth, we all do.  To even make the statement as some do, that there is no real truth, is to contradict oneself.  The very statement, there is no truth. is a truth and therefore defeats the very argument they are making. We all believe in something.  For me and my journey, I have chosen, with millions of others throughout history, to believe the Bible as the Word of God; as the real revelation of God to His creation. I believe it is The Truth and it is, for me, the objective reality to which I have chosen to align my life.

Now I realize that not everyone wants to take the Bible as Truth. There have been masterful arguments made against its authenticity, veracity, validity, accuracy, etc.  But as I have investigated for myself the landscape of modern beliefs, religions, philosophies, etc., I have decided that even if the Bible is not true, which I wholeheartedly believe that it is, I would still want to follow its teachings because it is the only collection of teachings I know of that:

Though my decision to follow God’s Word is a deeply spiritual one, it is equally a rational, well-thought-out one which realigns my life with a way of believing and thinking that isn’t all about me, myself and mine, but seeks to truly serve the needs of others. How can that be a bad way to live even if we come to the end and find there is no heaven, no hell, not even God?  Of course, I strongly believe there is all three!

So truth for me is the Word of God.  For you, you will have to decide.  But if you believe the Word of God is truth, then you are obligated to align your living with the radical truth of its teachings even when you don’t feel like that is what we should do.

Regardless of what you decide is “true” for you, this idea of aligning our feelings to truth when defining ones life is something we must all wrestle with. It certainly is true for the majority of individuals I have met that deal with same gender attractions.  The argument generally goes something like this:  They can recall an early time in their life when they felt particular attractions towards people of the same sex.  They did not necessarily want these attractions nor ask for them, they simply happened.  For some, it was as early as four or five as a kindergarten student with a strange desire to be more connected to his best friend.  He now looks back upon those feelings and thinks there was something more romantic there, though nothing physically ever happened.  For another girl it is a fascination for another girls sense of style of the beautiful flow of her long hair.  One girl shared, “I don’t know why, but I remember when I was about six, that I was very consumed with my teacher.  I would simply look at her and stare at her. I wanted to kiss her or have her hug me.  I would follow her all over the room hoping she would simply notice me.”

In each case, these individuals would eventually find themselves in homosexual relationships and would point back to these early childhood feelings as the source and proof that they were born gay.   But feelings are a crazy thing and if we are going to be honest with ourselves, we have to admit they are often one of the more unreliable barometers of truth in our lives.

We do not allow feelings to define how we live most of the time so why is it, when it comes to our sexual identities, our feelings trump every other reality in our lives? It simply doesn’t make logical sense.  As humans we have all kinds of feelings that deviate from what we know to be true.  This same principle must be applied to our sexual feelings as well.  I have had many ever-straight friends (those who have never struggled with same gender attractions) who were promiscuous in college or high school.  Many of them have admitted that when they see a beautiful girl on a hot summers day wearing nothing but a small bikini, they have a very difficult time controlling their thoughts. They admit that they often imagine what it might be like to be with this woman sexually.  But all them say that though they recognize their feelings and inclinations, they choose not to pursue the girl because either they have made a commitment of fidelity to their wife, or they are single and have decided their commitment to Godly sexual expression prohibits their acting out with a woman prior to marriage.  Do they feel like they would like to have sex with this girl? Absolutely!  Do they want to have sex with this girl?  Most definitely!  But they choose not to act on their feelings because they believe to do so would violate some higher principle/authority in their life and compromise their personal character.  Would they classify themselves as promiscuous men because they had fleeting thoughts and temptations to sin?  No, and I agree with them.  They aren’t promiscuous until they move from their thoughts to action.  My friends never asked to have these seemingly uncontrollable feelings, but they certainly know they are there and they don’t seem to want to go away — even when they pray against it.

“But you don’t understand,” he said with determination, “this is how I feel. I have always felt this way. Even when I was just a kid, five or six, I can remember being drawn towards other guys. I’m gay. Its just who I am.”  This young man, and hundreds just like him, wasn’t lying to me. They were honestly sharing with me how they felt and what they had felt for years. They didn’t ask to have these feelings, they simply felt them much like you feel love for a cute puppy or a fuzzy kitten.  Their feelings were real and intense. But the problem with feelings is that not only do they change, but they are terribly unreliable and most often a product of our own thinking.

Apart from physical pain inflicted to us or upon us, such as disease or attack, we generally feel in ways that we think.  I remember as a young boy shrimping in the bayous of Louisiana, the wretched attacks of biting mosquitoes.  On nights when the winds were calm and unable to carry the pests away, it seems you couldn’t swat fast enough to keep the bugs from biting you on every exposed spot of skin. It was awful.  But I also remember seeing the men on the other shrimp boats — men who had been raised from early childhood on the water. They would rarely swat a single mosquito and seemed totally undisturbed by the presence of these pesky insects. Why? Well because they were so use to the mosquitoes they thought differently about them. It wasn’t that they were immune to their sting or protected from their attacks, it was just that for so long they had felt the little bites they no longer registered the pain as consequential.  They thought much differently about the mosquitoes than I did. It is amazing the kinds of things we can think ourselves into ignoring.

One of the reason I love the Bible is because it does not ask us to simply believe by faith, but it also admonishes us to think and think seriously. As a matter of fact, I would argue that much of scripture is really calling us to think in a new way, a Kingdom kind of way, that will not only radically transform our lives, but literally change the world.  The familiar Proverb 23:7 states, “For as a man thinks within himself, so is he.”  Paul is very clear in Philippians 4:8

“Finally, brothers and sisters, whatever is true, whatever is noble, whatever is right, whatever is pure, whatever is lovely, whatever is admirable — if anything is excellent or praiseworthy, think about such things.”  God encourages us to think upon good and godly things and by doing so our lives are changed, our actions are reformed and our feelings eventually follow.

The young man who said he felt gay did in fact feel that way, but his thinking about his feeling was not right thinking. It was wounded thinking brought about by a cacophony of variables over which he had little control. As he tried to cope with these feelings he allowed his thinking to be enforced by actions which resulted in some degree of relief from the feelings he was experiencing — fantasy, masturbation, acting out, sex, etc. — which only served to further solidify the thinking in his mind.  With each repeat, the feelings of being gay (thinking as though he were indeed a gay man and feeling drawn towards individuals of the same gender) grew stronger.

If we believe that the Bible is true and Christ is real and worthy of our allegiance, we must align our thinking with its truth regardless of how we might feel about it. As we continue to live in the truth our mind, heart and life is transformed by the power of Gospel which transforms our thinking and our lives!