I was at a large Christian Men’s Convention in the Blue Mountains – an idyllic location for such an event, but my mind wasn’t on the beautiful views and magnificent scenery.  It was on the dreamy looking guy up front talking about how he managed to deal with his pornography addiction.  He spoke about his wife (“Rats!” I thought, “he’s so good-looking.”  I’d kind-of hoped his problem was gay pornography), he spoke of support-groups (“That would be great – if I could get to one!”), and left me in a state of complete ambivalence.  His eyes were so blue and clear; they made me weak at the knees, yet what he had to say really affected me.  I knew I had a problem.  I knew I needed to do something about that problem, so at the last minute, I stole away from my group to go and meet the dreamy, blue-eyed Adonis.  It was time to “man-up” and confess my sin to another. 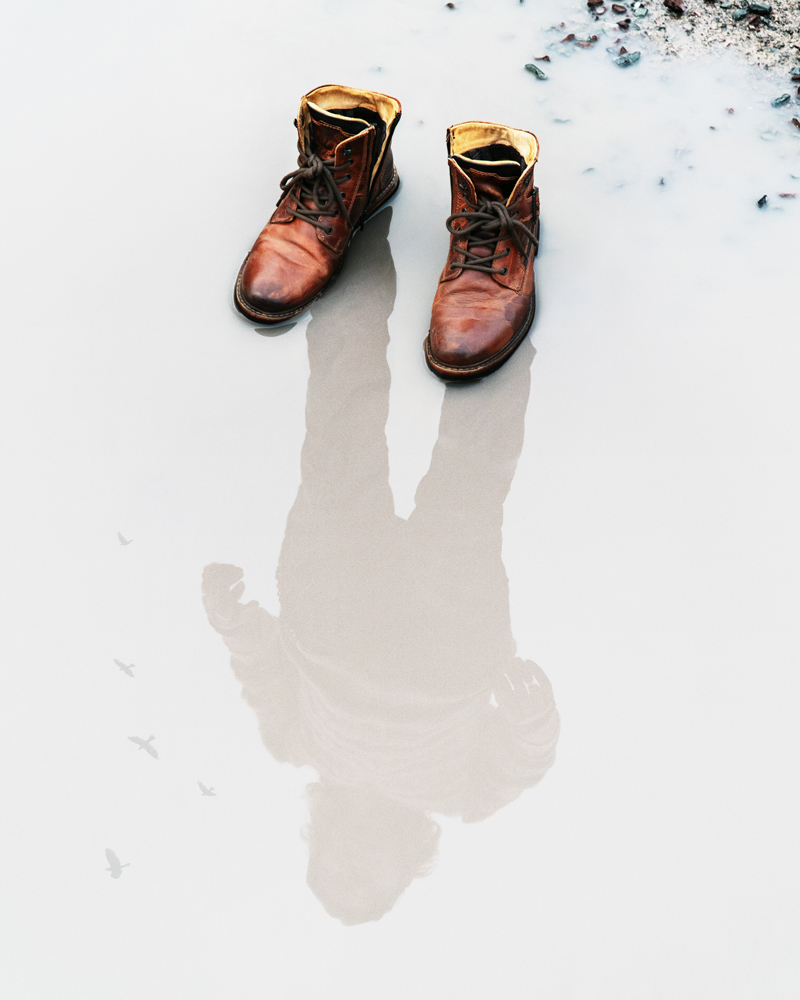 It was a risky strategy.  If those in my group knew what I was seeking to confess, I felt sure they would censure me.  We were from the rugged “outback,” from a culture where men were so tough that they wore their steel-toed boots to bed.  It’s a culture where sport is king and where it was often said, “‘Poofters’ should be rounded up, and left on a desert island.”  An uncoordinated, slight-built, sensitive boy like me was an aberration.

It took me all day to pluck up the courage to talk to that man and when I could put it off no longer (the Convention was about to finish), I sought him out.  I confessed I had a problem with gay internet pornography and I knew it was destroying me.  He sympathetically listened and told me I was very brave to seek him out and that it was also his problem.  It was a relief to be talking to someone working through the same issue.  2 Corinthians 1:4

says, “[God] comforts us in all our troubles so that we can comfort others.  When they are troubled, we will be able to give them the same comfort God has given us.”  I believed it was his turn to help me with the comfort he’d received.  The only problem was that his help came in the form of weekly support groups, in a large city some 1200 kilometers from my home.  What to do?

I had been a sexually curious child and had engaged in “I’ll-show-you-mine-if-you-show-me-yours” behind the laundry shed more than once.  Fortunately, I was raised in a home where Jesus Christ was honoured in word and deed and my diligent mother had read, “Shaping your Child’s Temperament” by Beverly LaHaye.  It turned out I was her melancholy child, her “rough diamond” that would need shaping.  I was already having trouble fitting in at school and knew well the experience of Janis Ian who penned:

To those of us who knew the pain

Of valentines that never came

And those whose names were never called

When choosing sides for basketball.

So when one of the boys from a Christian family at my  school invited me home for a sleepover, I think my parents were glad their 10 year-old boy had made a friend.  That night, however, I was introduced to new sensations and pleasures a boy should not know.  Reflecting upon that situation from the relative clarity of adulthood, I wonder if my friend had seen things he should not have been exposed to either – it turns out his much older brother was gay.  My sleepover “experience” set in motion an endless desire to experience “it” again.  I eventually found a willing partner in another neighbourhood boy and we “experimented” until my father sensed something was wrong when I was 15.  My pre and early adolescence was shaped by these powerful sexual experiences.

My father’s detection was so tremendously embarrassing and humiliating, that 25 years later, I shudder at the recollection.  It all ended there.  I grew the rest of my teenage years looking like a well-adjusted teenage boy.  I had made a commitment to Christ at a tender age and it was time to get real with my faith and live it out.

That should have been a happy ending, but masturbation had me in it’s vice-like grip.  I still wanted to relive those powerful sexual experiences and homosexual fantasy became the jaws of that vice.  But where does a good Christian boy go to get help with such wicked and repulsive problems?  This was the 1980’s and any hint of homosexuality was shunned and ridiculed.  Even more problematic was the small, isolated community in which we lived.  Christians were observed with skeptical and suspicious eyes and any admission would have been fodder for the rumour mill and the vicious gossip-mongers.  So, I found a couple of books by Christian authors that were helpful, but nothing seemed to put an end to the struggle.

In my early twenties, I did take up with a girl – she was my first girlfriend.  I was thrilled to think she could like me.  Things developed and we married.  I had decided my fantasy life had to stop.  I wouldn’t want my new wife dreaming of another, and I thought I owed her the same courtesy.  By the grace of God, fantasy did stop.

Enter: the Internet.  We’d been married three years when we first got online.  It took a year or so, but I still remember when I first dared to seek out my first gay pornographic image.  The floodgates were opened and a new battlefront presented itself in full Technicolor.  In the space of a few short years, I realized I was going backwards.  I had committed to marriage for life and regardless of whatever pull towards sin I now felt, I was not going to walk out.  I sought a counsellor, but the nearest Christian counsellor who would deal with homosexuality was 1200 kilometers away.  A visit or two per year was the best I could hope for.

So, I continued to suffer in silence.  My addiction would ebb and flow.  Sometimes things were good and under control, other times, I spiraled out of control towards destruction.  Then there was “the kiss.”

We were on holiday, visiting a foreign shore and I noticed a guy and he noticed me.  Somehow we kept bumping into each other and very soon sparks flew.  He kissed me.  My mind was in a whirl: I wanted to enjoy it, but knew I shouldn’t.  I tried to get away, but he was persistent.  I cannot recall how, but I did get away before anything more happened.  But the whole thing left me shell shocked.  Adultery was no longer virtual – it was ACTUAL.  Without really knowing how, I crossed the line.  I was filled with remorse and after returning home, was able to receive significant help through an ex-gay ministry in Sydney.

Sadly that ministry lost their pastoral care worker and I was once again without support.  Another three years passed and the cycle of pornography continued.  I was desperate.  At the Christian Men’s Convention in 2011, hearing about a way to be free from my sin was exciting.  Hearing that help was still out of reach was demoralizing.  And then God provided a way …

The blue-eyed Adonis remembered an online forum called “Living Hope.”  He suggested I should sign-up and see if it would be helpful.  Once home, I checked it out.  Living Hope looked good, but it required signing up.  It required a user name linked to an email address.  Suddenly irrational fears rose up before me: “What if someone from my town was on the forum and recognized me from my story?  What if they took that and made it public?  What if…”

I closed the web-browser window and consigned it to the “too hard” basket.  But my problem didn’t go away.  Indeed, my misery deepened until finally, four months later, I bit the bullet and signed up to the Living Hope Forum.  Once in, I couldn’t believe what I was reading!  It seemed like the stories of the other men were copied, however crudely, from my life.

Then there was Ricky’s video on the Development of Male Homosexuality.  It opened my eyes like never before.  Suddenly my chance encounter whilst on holiday made complete sense.  All at once I belonged to a community of men from around the globe, struggling, processing, encouraging, chastising, advising, praying, confessing and sharing.  How I needed that support in my quest to be free from the snare of homosexuality!  How refreshing it was to have fellow pilgrims on the journey, brothers on the road, and someone(s) to walk the mile and bear the load.

I’ve just celebrated my 2nd anniversary on the Living Hope online forums.  I am not as cured as I may have hoped for 20 years ago, but I am further along the road to holiness because of it.  Without LHM, I would have little or no support.  The Lord has used Living Hope to bring sanctification in my isolated life on the other side of the world.  All praise to His glorious Name!