Chicken Sandwiches, LGBTQIA+, and our Hope 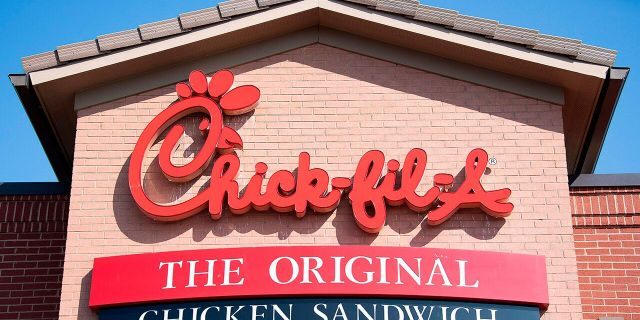 I rarely address issues that are breaking in the news. But, the recent announcement of Chick-Fil-A’s withdrawal of support for the Salvation Army and the Fellowship of Christian Athletes signals one more momentary win for the forces of darkness against the forces of light.  Once again, pressure from the pro-LGBTQ+ community, media, and secular worldview has influenced a company to deviate from their strong support of Christian organizations and agencies to a compromised position that is more acceptable to the loudest voices in the culture.

At first glance, this could be discouraging, and in some ways it is, but even more discouraging are the countless churches who have also chosen to compromise truth for convenience and public acceptance.  These churches have abandoned the foundational truth of God’s sovereign design for humanity as male and female, for lesser expressions of personal privilege that align with whatever feelings we are having at the moment. Most often, these compromises of truth seek to communicate the grander motive of being “move loving,” but in fact, they are just the opposite. It is only in knowing the truth that anyone is genuinely free.  Lies enslave and steal hope. Truth brings life and empowers hope.

If we are unwilling to uphold biblical truth, we are complicit in blessing all forms of idolatry, self-aggrandizement, and heresy. We abandon the Creator and His reign in our world, and we assign to His creatures (we humans) the ability to create ourselves in our likeness, desires, and pleasures. In the mix of it all, God becomes a silly old soul to ignore rather than a sovereign Lord to obey.

I love Chick-Fil-A. I love the company, their bold proclamation of biblical principles in their corporate founding, and their delicious food. I was among the thousands of individuals who went to Chick-Fil-A on the day they were to be boycotted by the pro-LGBTQ+ crowd. I felt as though they were one of the few privately-owned, mega-companies who were willing to stand strong for their faith in the face of opposition and misrepresented claims.

But I love the power of the gospel even more. I love how the work of Christ on this earth, on the cross, and in the resurrection ensures the reconciliation of man and the transformation of his/her heart and life if he/she believes. I love, even more, that the power of the gospel enables humanity to be all he/she is created to be. I love that the gospel communicates that we are not accidents, mistakes, blunders of a deity, or merely bodies to be recreated, but intentional creations, fearfully and wonderfully made to reflect the image and glory of our Creator God in this world.  I love that in spite of the discouragement such corporate and institutional decisions can have on those seeking to follow the way of God, believers can still have hope.

Truett Caffey, founder of Chic-Fil-A, made this statement that started his company’s controversy. It was a bold statement of truth and compassion which rallied many who believed the Word as he did: “I think we are inviting God’s judgment on our nation when we shake our fist at him and say, ‘We know better than you as to what constitutes a marriage.’ And I pray God’s mercy on our generation that has such a prideful, arrogant attitude to think that we have the audacity to define what marriage is about.”

Our hope does not rest on the approval and cheers of men, corporate entities, LGBTQ+ advocates/allies/friends, or the culture.  Our hope is in the Bible upon which we choose to entrust our lives and our souls. Our hope is the grace given for now, because of the cross, and the future grace that empowers us to remain until the end.  Our hope rests in the promise that The King is coming to make all things new, to bring heaven to earth, and to judge the living and the dead.  Our hope has a name, and His name is Jesus.