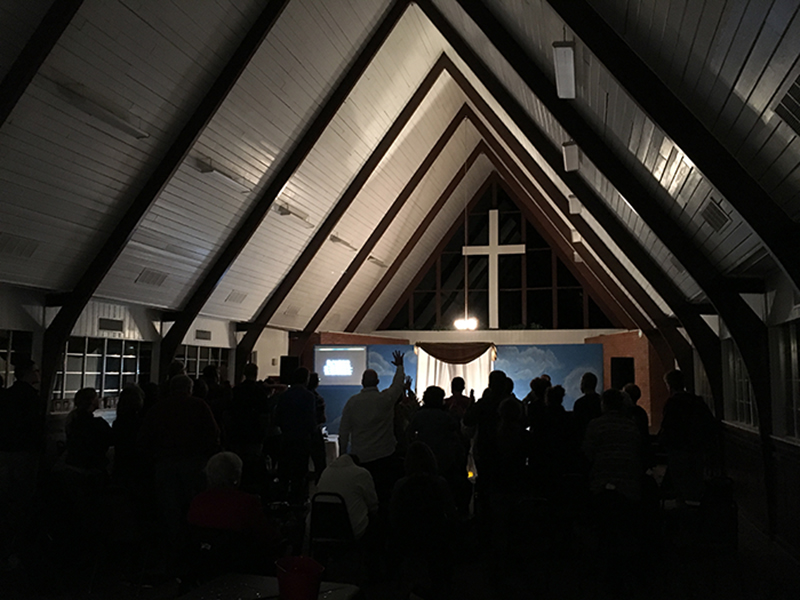 Each year Living Hope Ministries holds two retreats in the first quarter of the year. One is for our young adults, 18-26, and one for those 27+ and friends, family and spouses of those who struggle.  Our retreats seek to deepen each person’s walk with the Lord by taking time away from our busy schedules and spending time with God.  This year’s theme was “Draw Near” and focused on our need to draw near to the Lord, worship Him, and spend time in His presence.

The following comments are from a few of those who attended a retreat this year.

“I was nervous about going to the retreat because I had no idea what it would be like or if it would be helpful at all. However, this retreat was one of the most encouraging discipleship experiences I’ve ever had – SSA-related or otherwise. Every single person there was desperately seeking God, and God honored that.”
– Ryan, Young Adult Retreat

“I appreciate the great creativity [God] has given Ricky and the leadership to plan artwork and activities that point us to the Lord. It was a huge reminder that He desires to be near us, wants us to be near Him and provides everything we need to get there.”
– Karen, Adult Retreat

“This year more than ever I think the Lord has shown me how important decisions are–how I am responsible for whether I decide to follow after Him or do whatever my sin draws me to. He showed me how while I have had a difficult season leading up to this retreat, it has taken but a few decisions to pursue Him and do things to prepare my heart that has made all the difference”

“I love that we were called more than once to keep in prayer for each other following this retreat, and it has been a great joy to participate in that.”
– Jared, Young Adult Retreat

“Laying aside my hardest struggle is worth it to gain Christ. It’s all or nothing. I can’t have it both ways. Right now, I’m with Jesus and I’m eternally grateful that He will never let me go. Having a community that understands me means the world to me. It really is a piece of heaven. ”
– Matt, Young Adult Retreat

“These retreats are powerful moments of authenticity with brothers and sisters which make the worship time so powerfully sweet and connecting. I am so glad to have participated for my 4th time.”
– Peter, Adult Retreat

“The Lord revealed to me how I am still holding up my guard at times and not trusting some as deeply as I could even though they have in fact shown themselves trustworthy. I have to let go of some self-protection”
– Lea, Adult Retreat

“Retreat is always a HUGE blessing to Friends and Family members. There is the opportunity to meet others who are dealing with the same struggles you are, to hear encouraging stories and be prayed for in person. There is no shame or judgment, and it is a chance to finally be open and honest, allowing God and others to minister to us in our time of need. This year’s theme of “Draw Near” was exactly what I needed to move forward and experience God’s presence in my life.”
– Homebody, Parent, Adult Retreat

“Prior to the retreat, I was wrestling with a mess of thoughts and questions about the state of my spiritual life. I honestly expected the retreat to be a primarily emotional experience, but I found incredible clarity concerning those confusing thoughts and even found help with things I never expected I might find guidance on while at the retreat. And while there was definitely a lot of emotion, the retreat was also an incredibly equipping experience, and had a deeper impact on me than I ever anticipated.”
– Austin, Young Adult Retreat

“Building a physical depiction of what is holding me back from Drawing Near to the Lord was significant. Never would I take the time to create an image of why I’m keeping God at a distance. As I constructed this image physically, I thought of how I have constructed these walls spiritually. I took care to place pieces with purpose and intentionality. Likewise, out of my brokenness and self-preservation, I’ve taken care to be in control. As I built, I heard the Lord calling me to himself, inviting me to lay down these burdens and Draw Near to Him.”
– Sarah, Adult Retreat

“At this year’s retreat, God revealed to me the deep shame I felt for events in my past and how that shame prevented me from drawing near to God. During a small break on Saturday, I decided to work on an assignment for the Living Water’s bible study that I and a handful of other LHM participants are working through with Ricky. The goal of the assignment was to create a list of all of the soul ties that we have made through sexual contact. Easy enough. I began to make my list, starting with my first encounter at 8 years old. As I finished writing out the name of the person and an explanation of the event, I wrote the word “shame.” I did not know why I wrote it, but I decided not to think too much about it and instead moved to the next event. 12 years old. Name of sexual partner. Description of activity. Shame. I did it again. I could not stop writing it. Confused and disturbed, I threw my journal into my bag and hurried out the door to that afternoon’s group activity.

Not done revealing the lies in my life, God continued to show me my shame. For our group activity, Ricky asked each attendee to make a craft, a physical representation of what was keeping us from drawing near to God. As I looked over the art supplies strewn about the table, I could not get the word out of my mind: shame. It haunted me. It seemed to be everywhere. What could I make out of paper, glue, and paint that could express the shame I felt? I am a philologist, a lover of well-crafted sentences and phrases, yet my very pen seemed to be co-opted, not yielding my heart but only the word shame. Like Ovid’s Philomela who lost her words but retained her hands, I set to my craft.

In about half an hour, I had my object: a small tent with one side painted black with bloody gashes and the other side encrusted with gold glitter. I realized this was where I lived. The black and blood-soaked half of my home represented the shame that I feel. This is the face that I thought was my true self. As I looked at that shameful side, I could not help but think of all the people I lead astray. All the men I pushed further into the lifestyle and transgender community by acting out with them. I felt such shame that it was overwhelming. To deal with this, I constructed for myself a new face, the gold glitter. This was the mask I created to cover my shame. I wanted to be seen as smart, funny, and caring, definitely not the kind of person that would ever pressure friends for sex, an activity which would reinforce the lies heaped upon them by the enemy.

What was I to do? I knew that this shame I felt was not from Christ, for “there is now no condemnation for those who are in Christ Jesus.” (Rom 8:1) This shame was from the evil one and was distracting me from the truth of the gospel. However, I also knew that the prideful glitter filled pretense I constructed to cover my shame was also keeping me from God. In trusting in the gold façade, I was looking to my own goodness to bring me the peace that I needed. I kept looking at my poorly constructed creation and realized an amazing truth. Despite all the color on the outside of the tent—the different faces that were made by the lies and my attempt to deal with them—when you looked on the inside of the structure, all you could see was the pure white of the paper. The alterations made to the outside never took away the pure white integrity of the original material. They only covered it up.

This reflects a deep truth about our true nature and the lies that we believe define us. No matter how much we feel that our tents are colored by those demonic defamations or our attempts to deal with them, the truth is that our God-given self still resides underneath. The question is, will we be brave enough to embrace this truth, or will we continue to be defined by the lies.”
– Tim, Adult retreat

“The focus of our retreat was “Draw Near to God”.  Ricky’s talk on “Humbleness is Our Approach to Draw Near” was very meaningful to me.

He shared that confession is not trying to explain or blame others for our sin.   I realized I had been saying to myself and others that the reason I experienced same sex attraction is my parents’ fault.  I needed to admit that I made wrong choices through my own arrogance/rebellion.  My parent’s treatment of me did influence my choices, but I am the one who viewed my Dad as representative of all men and therefore feared all men.  I experienced few positive male role models as a child.  I also viewed my parent’s marriage as representative of all marriages and vowed, “never to get married.”  I, myself, finally decided that since God had not brought anyone into my life as a husband, that I would pursue a woman I was attracted to.  Not taking into account that because of my fears, I was thee one who was not open and therefore had few male friendships.  I had acted in rebellion seeking my own foolishness.

At the retreat and also at recent Bible studies [at LHM], Ricy has been talking about double mindedness.  Due to being a Christian and knowing that my same sex attraction was wrong, I was very ambivalent in the relationship of the woman I pursued.  My hypocrisy wanted to live in sin, but also wanted to be a doer and seen as a strong Christian.  Living Hope is helping me to spend focused time on my heart relationships with God.  I am learning to sit at His feet, to listen, and seek Him as the most important relationship in my life.  I am learning to identy wrong thought patters and wrong perceptions of who and whose I am and to replace them with God’s Truth.

Living Hope and these retreats offer hope and much needed guidance to those of us who have struggled due to abuse and our own struggles of how to do life.  I am so thankful to God for His provision!
– Dianne, Adult Retreat